The Richaven herd was founded in 1993 by Richard Bown with the goal of breeding the best pedigree Holsteins.

The herd has been founded through developing strong maternal lines, with sires primarily of Canadian breeding alongside the use of some home bred bulls.

Currently numbering 74 milking Holsteins and two Ayrshires, the herd is producing a daily average of 37kg at 4.14%bf and 3.36%p with a cell count of 87. Of the current herd, 33 are scored Excellent, with 12 EX94 or higher and three of these scoring 96 points with Richaven Raider Squaw scoring 97 points (8E). After classification in early March 2019 every milking heifer and cow is classified Very Good or Excellent. The whole herd is currently averaging 90.28 points, with cows averaging more than 92 points, the highest it has ever been at Richaven.

During April to October/November (depending on winter conditions) cows are grazed and buffer fed a mix of grass and maize silage and 1.5kg of blend at 30% protein. A 19% top up is fed in the parlour.

The winter silage diet comprises 60% grass and 40% maize with 1.5kg of 30% protein. Ad-lib hay and haylage is fed from the manger and cows are topped up in the parlour and in both summer and winter a minimum of 18 – 20kg of milk per cow is taken from forage.

The depth of cow families is something Richard and his family pride themselves on, but the stand out family is easily the Squaw family who originates from the Ex93 classified Severnvales Chief Squaw who was purchased as a calf. More than 30% of the herd now carry Squaw blood, either from the maternal line or through the herd sire Richaven Squawbuck or other Squaw sires which consistently transmit the frame, power and great feet, legs and udders that define this family.

Sires currently being used in the herd are Atwood, Bankroll, JK E Control, Crushtime, B Denver, Diamond Back, M Impression, S Expander  and Unix, with home-bred sire Richaven Squawbuck Ex96 also being used as well as other young herd sires.

Highlights for the herd have been winning Holstein UK’s Premier Herd Award in 2009, as well as numerous successes in the show ring. More recent highlights have included winning the highly regarded Supercow Interbreed at Agri-Scot in 2011 with Richaven Shottle Squaw VG88 2yo. We are also proud to say that in a recent four year period we have had five home bred three year old cows receive All Britain nominations, winning the section four times. In 2013 Richaven Goldwyn Adrienne Ex96 was champion All Britain Mature Cow,  winning by a record margin with the highest number of votes in any category.

The Ayrshires have also enjoyed success in the show ring winning breed championships at the South West Dairy Show, Royal Show and the Dairy Event on two occasions, as well as interbreed at the Welsh Dairy Show. More recently Loukat Lucky Ex96 has stood breed champion at Agri-Scot twice, while the top accolade was Lucky winning interbreed champion at the Livestock Event 2013.

The younger generation of the Bown family, Dan and Hannah, are very keen on the farm with both of them now working at home full time. They have both shown their enthusiasm in the show ring with success in showmanship classes.

Alongside the dairy herd the family also run a successful haylage business, producing top quality haylage for racing and eventing yards, as well as running a livery yard on an outlying farm and running an agricultural contracting service. Recently the family have also ventured in to Beef Shorthorns, with two herds founded, the Richaven herd and Dan’s own Hanley herd. 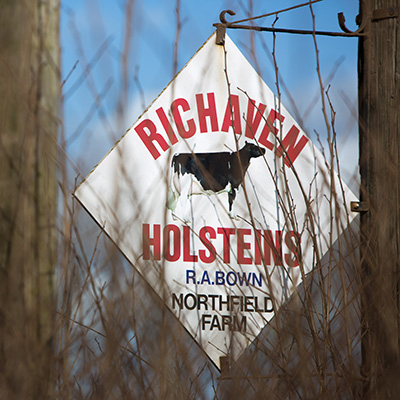 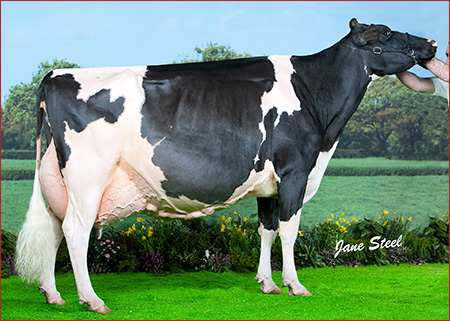 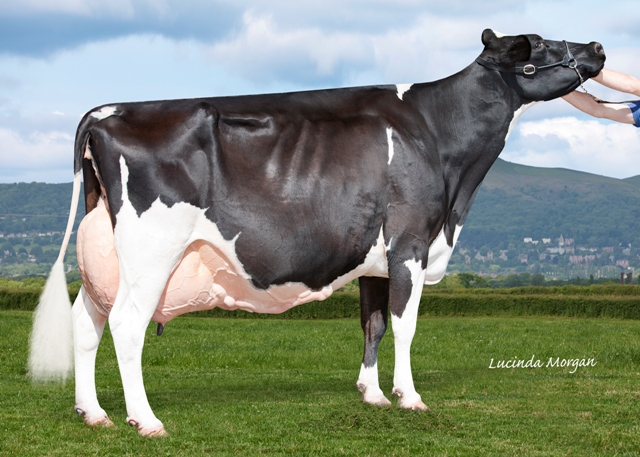